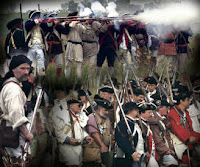 FORT ANN -- Raymond W. Harvey American Legion Post 703 in the Washington County town of Fort Anne is getting a nearly $48,000 grant from the National Park Service to start the process of mapping and preserving a Revolutionary War site in eastern New York¸ the Glens Falls Post-Star reports.

The grant will allow the Post to do an archaeological survey on Battle Hill. The survey could be followed by an archaeological dig at the site, where British forces from Canada defeated a Continental Army contingent in July 1777. This Battle of Fort Anne occurred just before the September Battle of Saratoga.

The American Legion Post applied for the grant after the Connecticut businessman who owns property sought permission to use the site as a mine.