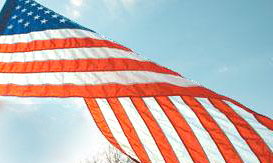 TOWN OF ULSTER — American Legion Post 150 in Kingston and the Kingston Veterans of Foreign Wars post treated 10 wounded warriors and their families to a weekend getaway in the Hudson Valley Oct. 5-7.

The Afghanistan and Iraq veterans came from Fort Belvoir Community Hospital in Virginia. The Legion and VFW together raised close to $9,000 to spend on the warriors and their families at area restaurants and attractions, the Kingston Freeman reported.


“We want to give them a hero’s welcome,” coordinator Vince Auletta told the Kingston Freeman. “When we bring them out of Fort Belvoir, it’s all expenses paid. We take them out of their dorm room, and everything they want to do, they do it for free.”

The newspaper reported that the 10 veterans arrived by train at the Amtrak station in Rhinecliff at 4 p.m. Friday and then headed into Ulster County, arriving at the Quality Inn off state Route 28 in the town of Ulster at 5 p.m. Hundreds of people were on hand in the parking lot when the motorcade arrived, and the Ancient Order of Hibernians Pipe and Drum band played as the six women and four men exited the limousine to loud applause.

The group headed back to Fort Belvoir after a full breakfast at American Legion Post 150 Sunday morning.

“We have a lot to offer in the Hudson Valley,” American Legion color guard captain Bill Bittner told the Kingston Freeman. “The Hudson Valley is a beautiful place at this time of year, and we want them to feel special. It’s an emotional thing for them and for us.”
Posted by NY Legion PR at 3:23 PM