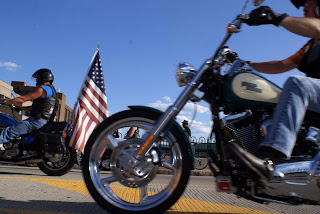 Led by National Commander (and past New York Commander) Fang A. Wong, the riders will travel 750 miles to make possible a college education for the children of those who have died defending our freedoms since September 11, 2001.

The Legacy Run begins in Niagara Falls, N.Y. and runs through five states to the 94th Annual National American Legion Convention in Indianapolis, Ind. that convenes on August 28.

According to Wong, the American Legion Legacy Scholarship program is one way for all Americans to show their deep appreciation for those who paid the ultimate price for freedom.

“As an unfortunate consequence of America’s war on terror, many children of our military personnel are now members of single-parent families,” he said. “In most cases, this also means their chances to attend college have greatly diminished. Children of our heroes who die on active duty are entitled to receive some money toward a college education, but it is not enough.”

“We are raising funds to ensure that higher education will be a reality for these families,” Wong said. “Providing for the children of our military personnel left behind is our civic duty, and an education is a powerful way to show our thanks.”

According to American Legacy Run event planners, more than 350 motorcycle riders are expected to make the entire three-day journey. Legionnaires at posts along the route will provide support in the form of food and bottled water.

Wong has also asked American Legion posts and Legion Riders from all over the country to conduct a national fundraising effort on behalf of The American Legacy Scholarship Fund.

“This is something that all Americans can support,” said Wong. “If you ride a motorcycle, join us. If you don’t, become a ‘non-rider supporter,’ get your patch and help these children.” 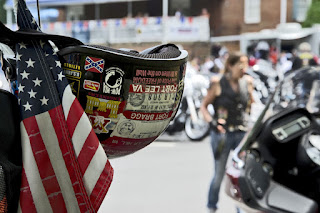 Wong, accompanied by the 350 motorcycles, will stop at American Legion posts along the route to collect donations from riders, American Legion family members, business leaders and members of the public. Stops and events planned include:

A small delegation of American Legion Riders will formally present the national donations for the American Legacy Scholarship Fund directly to Commander Wong onstage at the National Convention.
Posted by NY Legion PR at 6:52 PM